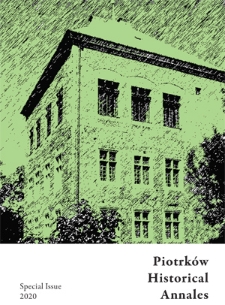 Tytuł: Galen on wine, or on some traces of a preference

Galen (ca. 129 – 216 AD) left a vast literary output in the field of medicine, including a large amount of data on different foodstuffs. It is due to the fact that in the theory he adopted they were treated as both foods and medicaments. One of those was wine.The starting point in Galen’s reflections concerning wine were the contents of the treatise De diaeta in morbis acutis, whose authorship he ascribed to Hippocrates. Data included therein he would often quote verbatim, just like he did it in his De placitis Hippocratis et Platonis. This body of knowledge, borrowed from Hippocrates and his followers, considerably influenced his other reflections on wine included in De alimentorum facultatibus, De methodo medendi, De rebus boni malique suci, De sanitate tuenda and De victu attenuante. It is also highly likely that, in his research into wine, Galen profited from the lost treatise Perí hýles, which was composed by Sextius Niger, who was professionally active in the second half of the first century BC and in the first half of the first century AD.Our in-depth analysis of Galen’s writings not only confirms the ubiquity of wine in ancient Mediterranean diet and diversification of the wine market in the second century AD but it also points out to buyers’ preference for white wine, as it proves that in ancient Italy, and specifically in Rome, it was the fair-coloured vintages that prevailed on the market, and were valued even when they grew over-mature and slightly bitter due to the age.On the other hand, Galen’s information on red wine varieties concerns first and foremost the wine produced in Asia Minor, and leads to a conclusion that red wines were not a coveted commodity in the Mediterranean in his lifetime. If they had been considered as commercial brands at all, their importance would have been merely local. Data preserved in Galen’s output do not reveal how long the tendency lasted, though his mention that red and dry wines were neither provided during public official festivities (as an offering) nor in connection with private festivities aimed at showing the social status of the organiser (symposia and wedding receptions) suggests durability of the scheme of wine consumption in the Mediterranean as presented by Galen.